I know I often write about stuff I’m having a problem with but this week I thought I’d let you know something that’s really working for me at the moment (as always the caveat when it comes to children is AT THE MOMENT!!)

So as a quick update I had my Health Visitor visit, for his 2 Year Check. Hmmm. How can I say this? Well it wasn’t horrendous, but it wasn’t all that helpful either. First off she was late and I mean really late. An hour. By the time she arrived he was both annoyed that I wouldn’t let him in the garden (I didn’t think I’d be able to get him back in if I did) and knackered. Going well so far. She sat and listened to my concerns about his speech, with lots of yeah, yeah, yeah, yeah after everything I said, which I guess she felt indicated she was listening, but to me sounded the complete opposite. She did say she’d refer him for a hearing test to be on the safe side, and gave me some leaflets on speech development (the most useful of which told me to get more eye contact with him, which I have been trying to do). She said she couldn’t refer him to a speech therapist until he was 27 months (he’s currently 25 months) but would if he was still at this level by then. And that was about it. She didn’t weigh or measure him (I have to go to the surgery to get that done) and in fact didn’t interact with him at all. I mentioned the tantrums and she told me (no joke) to ‘just ignore the bad behaviour and praise the good’. Really? No shit Sherlock. Thanks for that nugget. And that was that, as she rushed to get to her next (late) appointment. And I worried about this? Fuck me! Sorry, but really?

Anyway the next day I decided to take a walk up to my local childrens centre. We used to visit regularly and participated in two courses there before Oscar turned one. I also met my wonderful friend Emma there. We haven’t been back since his courses finished. I don’t know, it just felt so much part of his babyhood I didn’t think to revisit it. But the HV left me their brochure and turns out they run a course to help develop speech! So rather than phone, I got Oscar in his buggy and walked the 1.5 miles to the centre (on the way he fell asleep, far too early, but it did mean when I arrived I could talk to the Support Workers in peace!) It was so nice to see them. They remembered both of us and the administrator remembered both of our names AND our surname when she booked him on to their Chatterbox course starting in September – that woman should go on Britain’s got Talent for her memory recall!! Course booking out of the way, they actually took the time to ask me how it was going. I mentioned the tantrums, and they didn’t dismiss me with stupid platitudes. It was nice. I asked about a book the HV mentioned as I wondered if they had it in their library of parenting books. They seemed surprised at the book I asked for as it’s not one they recommend (I wont name it here in case it’s your favourite toddler book – to each their own). They did suggest another one called 123 Magic. Kate told me how she’d used it’s principles to great effect with her son, counting down each time she needed him to do something. Sounded good.

As it happened I was unable to find the book in the library, so picked up Jo Frost’s  Confident Toddler Care instead (flicked through, still sitting on the table unread). The only page I did see, listed what she believes are the touchstones for toddler care and included Communicating Clearly. That along with the stuff Kate mentioned got me thinking. Do I communicate well enough or clearly enough with Oscar. So I decided to give my own version of  the 123 thing a try.

And do you know it only bloody works!

I get down to his level (if practical), tell him what we’re doing, if there are options I offer them to him, then I count him down. THEN I DO WHAT I SAID! I follow through.

“We’re going upstairs to have a bath now Oscar. You can either walk up the stairs or mama can carry you up. But whatever you decide we’re doing it in 1, 2, 3” (and I show him the 123 fingers)

I’m not asking him, I’m telling him and if at three he isn’t walking up the stairs, I tell him I’m carrying him. Within a week I’m finding I am getting to three less and less. And the tantrums? Well he might be a bit shouty, but he doesn’t wriggle and fight me the way he did. It’s amazing. His speech is no better, but his comprehension seems to be coming on and I think that’s down to my clearer communication. Yesterday he even came up to me, for the first time ever and ‘told’ me he needed a clean nappy. I was so proud.

I know some of you might be reading this and saying “well duh Lisa, of course that’s how you do it”. And if so I hate you all for not telling me sooner 😉 !  I thought about being sad that I wasn’t communicating clearly enough before, but what would that achieve? Instead I’m loving that taking an idea from here and a tip from there and squidging them together has produced something that works for us. For now.

I’ll let you know how it goes!

Until 2009, I lived, happily or not, without a smart phone. I didn’t have access to the internet at every given moment. I didn’t have the capability to take great quality photos and share them with friends (and strangers) at the drop of a hat. I didn’t have games, news, recipes, a calculator all carried in my pocket.

This isn’t a post about whether smart phones are a good or bad thing or whether they have had a positive or negative impact on living life today (my personal opinion is its a bit of both). I didn’t have this device until 5 years ago and I didn’t even have a phone to make calls with until 2000. I managed to bimble along. I survived. No, what this is about is about how my, yet to turn, 2 year old is obsessed and I mean obsessed with my iPhone.

For as long as he’s been able to reach for things, our iPhones have been a source of fascination for Oscar. When it first happened I just thought it was a fluke – he was reaching for everything right? But then it became clear the object he wanted to play with more than anything was a piece of technology – sod Sophie La Giraffe!! It took us a little while to realise this wasn’t because of what it was, but because it was the thing he saw us ‘play’ with the most and don’t all children just want to be like their parents? It started with chewing it (ewww!) and handling it. That was fine if gross. The problems started when he realised that a)  just because we put it away, it didn’t stop existing and b) there was another world held within that tiny box!

My first mistake I guess was thinking this was cute. Oscar didn’t really watch much TV at the time and I was happy for him to occasionally watch YouTube clips on my phone. He was a Sesame St nut – mad for everything Elmo. So I downloaded an Elmo app. Elmo would Facetime my phone and Oscar would giggle at the calls, particularly at Elmo mooing like a cow! He thought it was immense fun and he could control that fun. Who wouldn’t want more of that?

But it was a slippery slope. I started downloading more (free) apps for him. I put them all in his own folder and before I knew it he could find them without any help from me. I even tried moving the folder around to see if he could actually recognise it or if he was just remembering the location. He found the apps he wanted every time.

I actually started to find his interest in the iPhone helpful. For one thing Oscar’s a runner, the iPhone keeps him safer. I could take him swimming on my own and get changed without him running off. But it’s also incredibly useful as a distraction technique. I could take him to the barbers and he’d sit (mostly) still while playing on my phone. We could go for meals and keep him amused until the food came. We started to be able to avoid boredom melt downs in public. Why wouldn’t I want more of that?

My problems with it started fairly recently. Now he wants it all the time. And when I don’t let him have it on demand, or take it off him, when I feel he no longer ‘needs’ it he freaks out. Proper screaming, body throwing tantrums. I’ve heard these referred to as iPaddys! And I don’t know what to do. Its so easy to cave when a supremely bored toddler is wreaking havoc in the bank, much to the disgusted looks and comments of the other customers (yep that was yesterdays joy!) You know the thing that will work, so you just do it, regardless of whether its the best thing for them. I’ve tried taking toys and books where ever we go, but they don’t have the same effect. Not on my son anyway.

I feel like the worst Turkey Twizzler feeding mummy every time I give it to him, but am I really harming him? Depends who you read. We hear a lot about how ‘screen time’ can be harmful, but research into smart devices, although in its infancy, shows that there is a marked difference between a TV screen and an iPhone screen. The difference seems to be primarily in the interactive nature of the apps.  There’s an interesting blog post about it here if you’re interested. I am also of the opinion that technology now plays such an enormous part in our every day lives, beyond the box sat in the corner of the room, that children should be introduced to it. It will be part of their upbringing in a way it wasn’t in ours. That doesn’t make it wrong or bad. Its a fact.

But that doesn’t make it any easier to see him desperately and immediately happy when he gets his fix. His problem is not his, it’s mine. It’s how I became lazy, falling back on my iPhone in this part of my life like I do in every other part. How do I wean him off smart phone time if I have no desire to do it for myself? Its a serious question I’m going to have to ask myself if I want real answers.

I don’t think this is a ‘phase’. I don’t think he’s going to get bored of this just like he did with Captain Calamari or his other baby toys, because this keeps evolving, changing, showing that it can always be more. Its whats kept me hooked for the last 5 years, why wouldn’t it do the same to him? 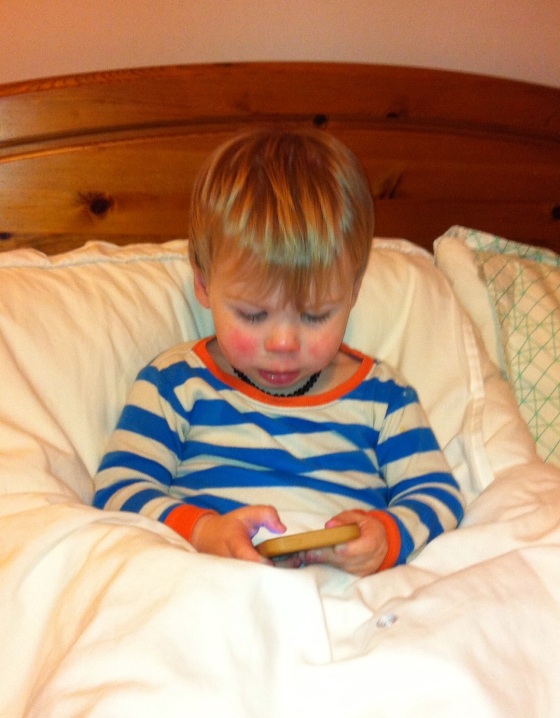 My love, with one of his loves 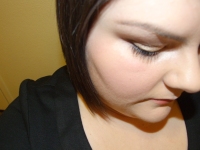 Why hello there! My name is Lisa and I'm a 35 year old first time mother of one. I live in the UK. Welcome to my tiny but personal corner of the bloggosphere. 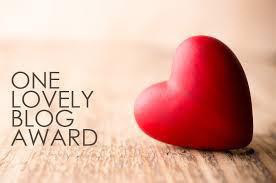